The Essence of Speed 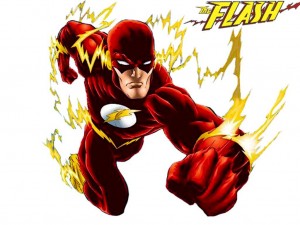 In athletics these days speed is everything. The more an athlete has the better the opportunities he/she can receive.  Speed is the one attribute that is unquestionable. You can see it clearly as you watch things develop.  It excites fans, drives opposing coaches and players crazy and ignites players no matter what sport.  Speed in sports sets the tone of the game. It can help make decisions, change strategies, and elicit mistakes. Speed is royalty!

Team owners covet players with it. They will pay exorbitant amounts of money for an athlete that possesses great speed, even if that athlete is just about average in the sport. It is the one attribute that owners believe can take their franchise to the top. You will never see a sub-par athlete get a big contract because he has a lot of strength or is smart.  But there are many examples of players making a career out of a sport they barely played because they are fast.  Owners will take a chance on an athlete with speed just because of potential.

Coaches on all levels long for teams with speed at all positions.  They can open up their playbooks and showcase dynamic schemes designed to get results fast.  Many coaches will use players out of position just to utilize that player’s speed.  The options for teams with speed are endless and a coach’s dream.  At the younger ages the kid with the speed will always have the ball in his hands and majority of the time there is nothing the opposing team can do about it.  With the older teams coaches will always try to get the fast kid on the field or court. They know that it can cause problems with their opponent’s game plan. For any coach, too much speed will never be a problem to have.

Players of all ages do everything to develop speed.  They know that they can have better playing options if they are faster.  Coaches will look at them when building their teams. They will most likely get the best playing time, and most of the time they may be able to get specific plays just for them.  Parents these days are spending hundreds of dollars to get their kids speed training development. College and pro athletes spend most of their off-season working with coaches to increase their speed.  Where else could a tenth of a second equate to half a million dollars. Speed is the key to everything athletics.

So with all of this uproar about speed and getting faster my question is; what is the essence of speed?  In Webster’s Dictionary speed is defined as 1 the act or state of moving swiftly, 2 the rate of motion, 3the magnitude of a velocity irrespective of direction. In physics speed is defined as the rate or a measure of the rate of motion, especially distance traveled divided by the time of travel. In Lehman’s terms speed is getting from point A to point B in the least amount of time. When it comes to sports performance and speed development these definitions are the backbone of programs, but the means of getting there is along a different path.  The rest of this article will cover my thought process behind my training philosophy. It will not cover any specific drills or movements, just the concepts that they are designed with. 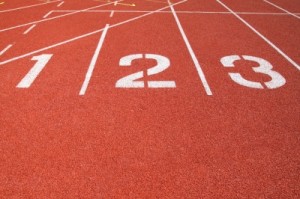 Image courtesy of wiangya and freedigitalphotos.net

When I start with a new athlete in my speed program the first thing that I cover is technical power development.  Learning the technical power generating movement within each stride (leg movement) is the most important attribute in speed.  If you watch younger athletes and slower athletes the main thing that you will see is that they have no power in their movements. Even if they are strong, the way they move will never generate the necessary power to run fast.  So the first step in speed development is learning the power generating position which is getting the knees up.

The second step that I cover is how to use the generated power.  Once they learn how to get their knees up or build power they need to effectively and efficiently use that power in their stride.  Applying force or popping the ground will distribute the power built up in their legs to the ground, thus facilitating movement.  The main thing that an athlete cannot do at this stage is land on flat feet.  If this happens all of the generated power will be dissipated and resulting in slower speeds. So the second step in speed development is learning how to apply force to the ground.

The third step can be summed up in a scientific statement; “Every action has an equal and opposite reaction”.  When it comes to speed development this covers the proper movement pattern needed to be fast.  When the foot hits the ground the amount of force that is put into it will be given back.  This results in a longer more powerful stride. But this only occurs if the athlete demonstrates the “opposite” part of the statement.  Each stride must hit the ground under or behind the athlete so that the reactive force will be in the form of forward movement.  So the third step is to powerfully hit the ground behind or under the body so that the reaction will be a longer more powerful stride.

This is the essence of speed.  Being able to build power with each stride and apply that force to the ground under or behind the body at a quick rate!

This will cause each athlete to cover more ground with each stride at a faster pace. And if you remember the definitions from earlier speed is covering a specific distance in a shorter amount of time.

The Result: More speed and a faster athlete!!

This entry was posted by jamedee on August 18, 2014 at 7:45 pm, and is filed under Sports Performance Training. Follow any responses to this post through RSS 2.0. You can leave a response or trackback from your own site.